Editing and correcting an invoice

You can change the content and appearance of the invoices in the following places:

If the invoice has already been forwarded to the customer, you can create a correction.

You can generate a correction to invoice in the Orders → Invoices tab. 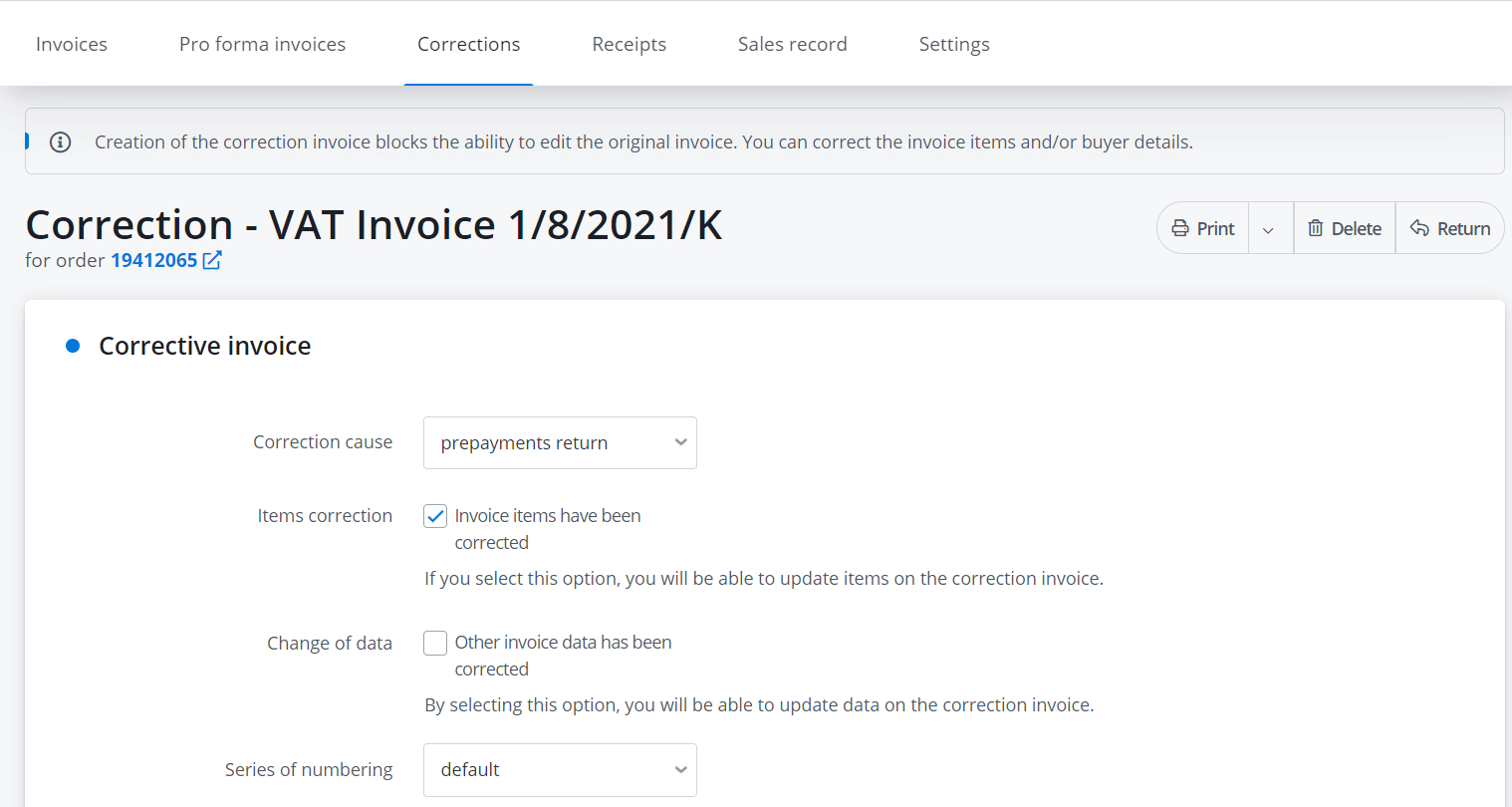 After issuing the correction, its number will appear in the “Invoices” table next to the invoice concerned.

Correction can be accessed in the “Corrections” tab. In this section, you can correct the data on the correction invoice again.

It is not possible to edit an invoice for which a correction has already been issued (unless you delete the correction).

To generate a duplicate invoice, go to edit it and then click the triangle next to the “Print” button.

Duplicate invoices only work with a standard invoice print template.

Invoicing from a specific number

If you want to start issuing invoices with a specific number, issue the first invoice and then go to edit it and change its number. The next invoices will be issued with successive numbers.

You can delete an invoice from the order card or in section Invoices. Remember that it is not possible to restore a deleted invoice. If you accidentally deleted an invoice, you can only issue a new one for the same order and edit its number.